Tuesday saw a reunion with Mum’s (bill fighter) friend  Anna. It was inevitable as we owed her money for the laptop, and she wouldn’t let us leave without besting us at another dinner payment.

Note to self and others – the best Malay cake I’ve ever eaten lives in the Wing Wah restaurant in Yuen Long. It’s famously run by some obese TV food critic bloke, so is packed during all peak time hours every day. We got there at 5, so it was virtually empty. Another specialty is rice supplied with soy sauce and a mystery oil, probably a lard/meat fat and oil composite but who knows. Funny how poor man’s food is suddenly popular again. Of course it set Mum off (again!) about how they had nothing to eat when they were young, and we were treated in stereo as her friend joined in too. 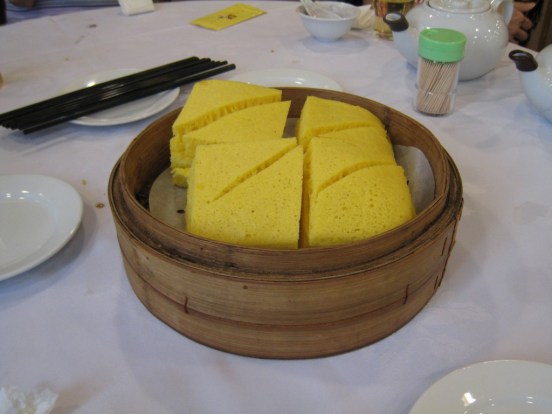 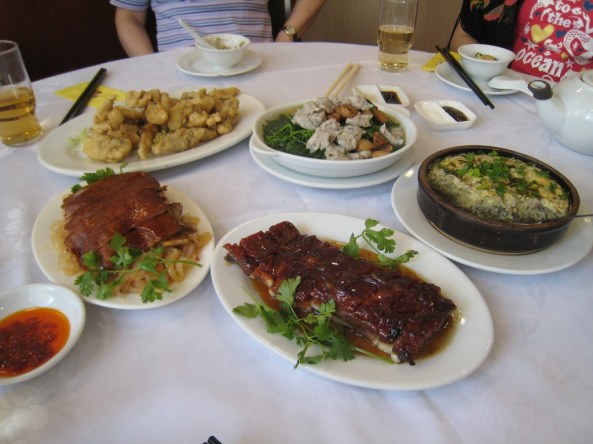 Taking the minibus we got back to Tai Po in record time, mainly because the driver kept breaking the speed limit as testified by the incessant beeping of the huge speedometer they put on them all to, er, stop them from speeding. It works! Gotta love the ol’ HK bus drivers. There hasn’t been a bus-related death for over a month now, so no worries.