There’s a condition which appears to affect a surprisingly large number of people, including myself, yet hardly anyone knows about. It’s known informally as dysfunction of the burp (or belch) reflex, or DBR. Yes, that’s an inability to burp. This may sound like a blessing to long-suffering partners of loud and proud belchers who can burp the whole alphabet, but it deserves more attention than it’s currently getting, which is usually just scoffs of derision and a prescription for antacids.

Want DBR explained in pictures instead (with some words)? Check out my Illustrated Guide.

It’s not totally clear what the cause is and it may differ in sufferers, but it seems that it’s likely due to a problem with the upper oesophageal sphincter. This is a ring of muscle which sits at the higher end of the oesophagus, or food pipe. 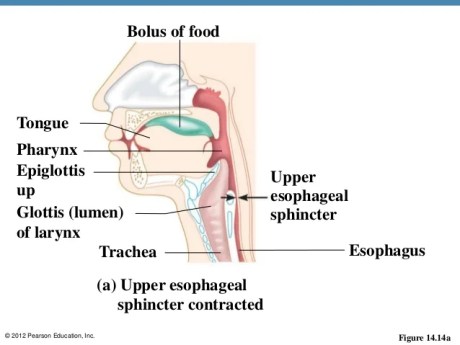 It relaxes to allow food in, and excess gas out. When pressure from gas in the stomach is high enough, the gas moves from the stomach past the lower oesophageal sphincter into the oesophagus, which causes the oesophagus to stretch. This stretching should lead to the upper oesophageal sphincter relaxing to allow the gas to escape, a process known as eructation (the posh term for burping, basically). In DBR sufferers this doesn’t occur and the gas rumbles around in the oesophagus before returning to the stomach after swallowing, leading to bloating.

It’s not just uncomfortable bloating that can result from not burping, but outright pain according to a whole load of posts on the subject on medhelp.org, where the world’s sufferers seem to have all gathered to vent (boom boom). Having that gas in there all the time also leads to embarrassing throat “croaks” as it moves up to where it would usually be ejected but finds no exit, resulting in it moving around the oesophagus and causing gurgling noises. Often in a quiet meeting room, lecture hall or during a minute’s silence. Damn you, gas!!

There’s yet another embarrassing symptom. The gas has to escape somewhere, and if you can’t burp normally it’ll become flatus, or a “bottom burp”. So on top of the discomfort, sufferers must accept that they’ll parp more than average. Fun times for all!

On a more serious note, some DBR sufferers have reported symptoms so severe that they can’t enjoy themselves when they go out, as any intake of food or drink (carbonated or not) leads to extreme bloating and even chest pain. In some this can be relieved by lying down flat or by activating the gag reflex (think finger down throat) to cause a forceful and disturbingly loud ejection of the gas, but according to a survey on a (now seemingly abandoned) Facebook page dedicated to DBR which I stumbled upon recently, some can’t get any relief whatsoever. Constant pain and discomfort can be classified as detrimental to quality of life. For those who don’t suffer from this condition, try holding out from burping for as long as possible after a can of coke. Think of that discomfort, and times it by 100.

Is there anything that can help, then? Aside from the methods listed above and avoiding foods which cause bloating, there is one drug which may help. This is domperidone, a dopamine receptor antagonist. It acts on dopamine receptors in the upper part of the digestive system to increase the speed the stomach empties and also increase the tightness of the lower oesophageal sphincter (it also reduces feelings of nausea, which is its main indication). The result is that the stomach gas doesn’t go into the oesophagus, reducing that horrible pressure and throat croak, and the stomach emptying faster means that the gas goes into the intestines which relieves the pressure on the chest. Domperidone was available over the counter as Motilium for a few years in the UK, but last year it was found to be linked with an increased risk of cardiac side effects and was reclassified to prescription-only. Even worse, bloating has been removed from the licensed indications list, meaning that doctors can only really prescribe it for nausea and vomiting.

Research papers about this condition are mainly from the ’80s and ’90s, with one Japanese case documented in 2003 appearing to be the most recent. Surely there must be a gastroenterologist or PhD student who can do some much needed research into this neglected area? I’m first in line to volunteer for manometric tests and so forth, and there won’t be a shortage of others. Research will let the medical profession know that this is a real condition that needs management, and could lead to certain medicines (such as domperidone) gaining a product license to treat it. Please help us, we’re blowing up!

If you’re after more info on DBR, please see the newer post Dysfunction of the Burp Reflex 2: The Cricopharyngeus Muscle.

205 thoughts on “Blowing Up: Dysfunction of the burp reflex”